The Supreme Court is the highest court of the land. Its decisions are final. Court sessions are actually open to the public on a first come, first served basis and there are free 30-minute lectures in the main hall that explain how the court functions. There are no guided tours of the buildings, but you can take advantage of the educational lectures, a visitor film, and special exhibitions. 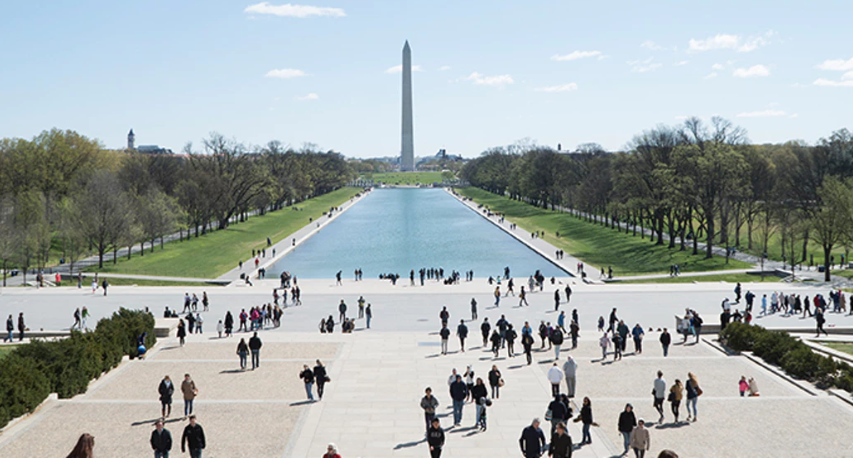 This building is where the U.S. Congress meets.  The Capitol offers free tours throughout the day. Tickets are available at 8:30 am on a first come, first served basis. Get there early as the tickets are usually gone very quickly. You can also book your tour in advance through your local senator or member of Congress. Tickets to sit in the galley and watch Congress in session are also available for free, on a first come, first served basis.East Capitol St NE & First St SE, visitthecapitol.gov. Open Monday-Friday from 8:30am-4:30pm. Tours take place Mon-Fri (8:40am-3:20pm). Advance reservation is recommended but not required.

The Smithsonian Institution is a group of museums and research centers that are administered by the US government. Founded in 1846, all Smithsonian museums are free to enter. If you feel like indulging, two of the museums in Washington have massive IMAX movie theatres (that play regular movies). The museums and centers include:

The National Mall isn’t actually a “mall”. It’s a spacious landscaped, tree-lined park filled with various walking paths and monuments. You could spend days trying to see them all as you walk around and explore. Here’s a list of the attractions and monuments on the National Mall.

Belmont-Paul Women’s Equality National Monument – This building was home to the National Women’s Party for almost 90 years and was designated a national monument in 2016 by President Barack Obama. The building highlights the history and achievements of the suffrage movement, and is named after the former party president Alva Belmont, as well as the founder, Alice Paul.

Constitution Gardens – 50 acres of landscaped gardens commemorate the framers of the Constitution and provide a beautiful place to sit and relax, especially during the summer when everything is in full bloom. Tree-lined paths meander around a tranquil lake and through the gardens, where you will see oak, maple, elm, and more. Ford’s Theatre National Historic Site – On April 14, 1865, President Abraham Lincoln was shot at Ford’s Theatre during a theatrical performance. His killer was John Wilkes Booth, a popular young actor and supremacist. Lincoln was carried across Tenth Street to the Petersen boarding house where he died the next morning. The Theatre commemorates Lincoln’s legacy with a museum and special exhibits detailing his presidency and the aftermath of his death.

Franklin Delano Roosevelt Memorial – This is a beautiful memorial which takes you through Roosevelt’s four terms in office using quotes carved in stone and beautiful bronze artwork. It’s a favourite memorial in the city and features a beautiful Japanese Garden as well as calming waterfalls.

Korean War Veterans Memorial – The most popular memorial on the Mall, the Wall of Remembrance has 19 statues commemorating the millions who fought during the Korean War. The statues stand in Juniper bushes and are separated by strips meant to resemble Korea’s rice paddies. There’s a calm, reflective pool at the end surrounding a Freedom Is Not Free Wall and Alcove.

The Lincoln Memorial – This is home to the famous, giant statue of Abraham Lincoln. It’s one of the best…so good, I have an entire section about it below! Martin Luther King, Jr. Memorial – A giant carving of Dr. King honors his legacy and quest for freedom, equality, and justice. This is one of the newer monuments, having opened in just 2011, and is the first to honor a man of color. Quotations from his famous “I Have a Dream” speech are etched into the stone, and there is also an Inscription Wall with 14 quotes from his speeches and writings.

Thomas Jefferson Memorial – This memorial to Thomas Jefferson is located inside a circular colonnade, opposite a lot of the main memorials and features a great view of the entire mall and the Tidal Basin. It was designed by John Russell Pope in 1925, and resembles the Pantheon of Rome (Jefferson was apparently a big fan of Neoclassical architecture). It’s an amazing place to be when the cherry blossoms are in bloom.

Washington Monument – Standing at 555-feet tall, this marble obelisk at the center of the park was built to honour George Washington. It’s closed for repairs at the moment but you can enjoy looking at it as well as the green space around it, which is often filled with festivals, people, and vendors.

World War II Memorial – A beautiful memorial dedicated to the 16 million people who served in the American armed forces during WWII, including the 400,000 who gave their lives. There’s a lot going on here, including two walls when you first enter the memorial (from the east) depicting scenes from the war in bronze relief. There’s also a really elegant fountain in the middle, and 56 granite columns symbolising the nation’s unity.

The zoo opened in 1889 and is home to over 1,800 animals spread over 160 acres of land. Lemurs, great apes, elephants, reptiles, and pandas — and many more animals — all call the zoo home. The zoo was one of the first in the world to create a scientific research program. It’s a great stop if you’re traveling with kids (or if you’re just young at heart!). As part of the Smithsonian, the zoo is also free to visit.