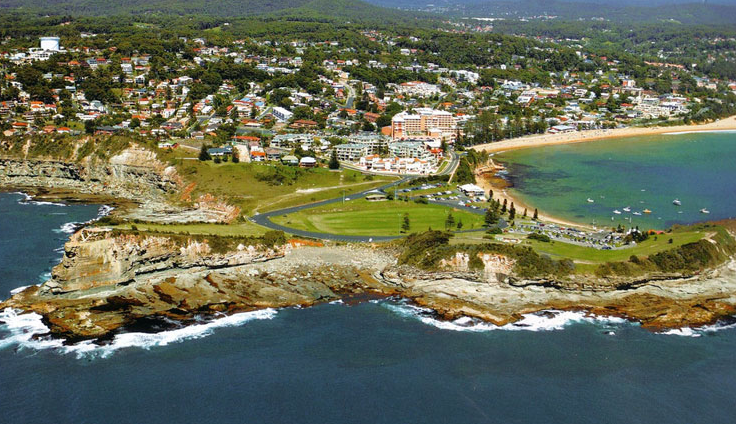 While an area as populous, and as well visited, as the Cen­tral Coast of New South Wales can hardly be described as a secret, it is certainly an area you should not miss out on.

While it’s close enough to Sydney for commuters to take the trip to the ‘Big Smoke’ daily, it has an atmosphere and an ambiance all of its own. The area, which stretch­es northwards from Broken Bay at the mouth of the Hawkesbury River nearly up to Newcastle, boasts beautiful beaches, incredible national parks, gorgeous lakes and some truly fascinating towns and places to stay. You can’t this miss out of your Big Lap!

There are numerous towns in the Central Coast with a com­bined population of around 330,000, making it the third biggest urban area in the state. 250×150 pxGosford is very much at the heart of the district and boasts a massive range of ser­vices and facilities that cater to the weary traveler’s every whim.

But this area’s real charm doesn’t lie in its bigger centers such as Gosford and Wyong. There are some beautiful coastal towns and villages to meander through, includ­ing the likes of Norah Head, the Entrance, Toowoon Bay, Bateau Bay, Woy Woy, Avoca Beach, Terrigal and Ettalong Beach.

The beaches throughout the region are gorgeous and there are an awful lot of them to explore, including the popular Umina Beach, Soldiers Beach and the surf beach at North Avoca.If you’re not in the mood to don your Speedos and hit the sand, you might be tempted by one of the many coastal walks, a spot of fishing, or even a visit to the historic No­rah Head lighthouse. You’re spoilt for choice.

Whale watching is another favorite activity during the season, and there are numer­ous excellent vantage points, including Crackneck Point in the Wyrrabalong National Park. Here you will also find sandy beaches, red gum forest, rainforest and an abundance of wildlife.

The Central Coast is blessed with some superb national parks. Other favorites include the Brisbane Waters National Park just nine kilometers from Gosford which offers great walks, spectacular sandstone landscapes, and the impressive Somersby Falls. If you time your visit right you will be rewarded with some impressive wildflower displays. The Bouddi National Park is also on Gosford’s doorstep and has a varied landscape, some significant Aboriginal sites, and a rich variety of birdlife and wildlife.

Of course, there are numerous caravan parks and camping opportunities in the area, as well as a host of markets, and other events including the Central Coast Ukelele Festival, the annual Gathering of the Clans, and the Brisbane Water Oyster Festival.

It seems the unforgettable Central Coast has got all bases covered.