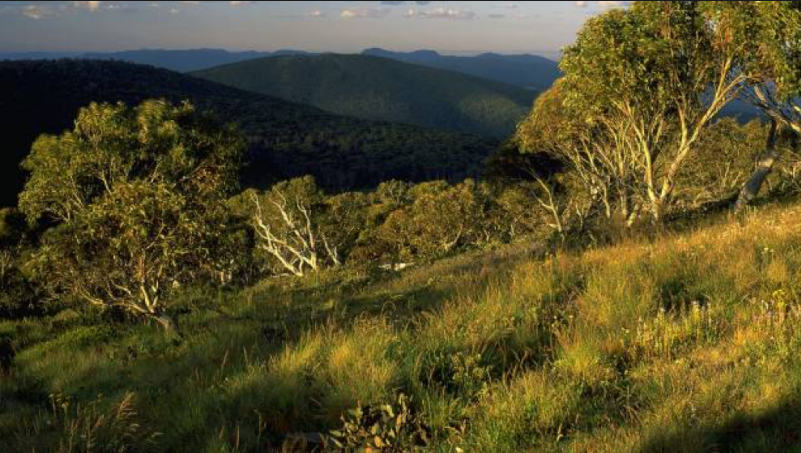 It is generally the museums, the events, and the government buildings that tempt people to visit the ACT to begin with… but it’s the magnificent countryside that makes them linger.

Namadgi National Park has got the lot … the scenery, the wildlife, the activities, the his­tory, and the accessibility. Just 40 kilometres south west of Canberra, this park occupies more than 100,000 hectares … nearly 50% of the total ACT.

It borders the majestic Ko­sciusko National Park in New South Wales but, as well as soaring sub-Alpine peaks, there are rolling grassy hills, wonderful woodlands, boggy wetlands and near endless fields of wildflowers. It’s a delight with superb bushwalking, 4WDing, fishing, cycling and wildlife watching all on offer. To date, at least 35 species of mammals have been recorded at the park, as well as 14 frog species, 41 reptile species, four native fish species and some 130 bird species. The northern corroboree frog lives exclusively in the subalpine areas of Namadgi and adjacent parts of NSW.

The park has 160 kilometres of marked walk­ing tracks, many of them extremely rugged. Hikes such as the nine-kilometre Settlers Track, which passes historic huts and homesteads, are great ways to learn about the area’s past. While the park’s Euro­pean heritage dates back to the 1830s when settlers cleared the valleys for farming, the Aboriginal presence here goes back more than 20,000 years. Visitors can still see ancient ceremonial stone arrange­ments, quarries where stone was gathered to make tools, and campsites where animal bones lay around.

One of Namadgi’s other main claims to fame is that it was the first place on earth to see images of Neil Armstrong’s historic walk on the moon. Tracking stations were set up in the 1960s at Honeysuckle Creek and the Orroral Valley. As well as the Apollo Moon mission, they were involved in Skylab and early space shuttle flights. Today, visitors can camp at both Honeysuckle and Orroral, as well as the more remote Mt Clear. Honeysuckle is the park’s most developed camping area with a covered shelter, fireplace, gas barbecue and rainwater.

It’s a truly great place to kick back after a hard day’s sightseeing. Canberra offers lots of great places to stay and visit, so why not start looking for accommodation today.