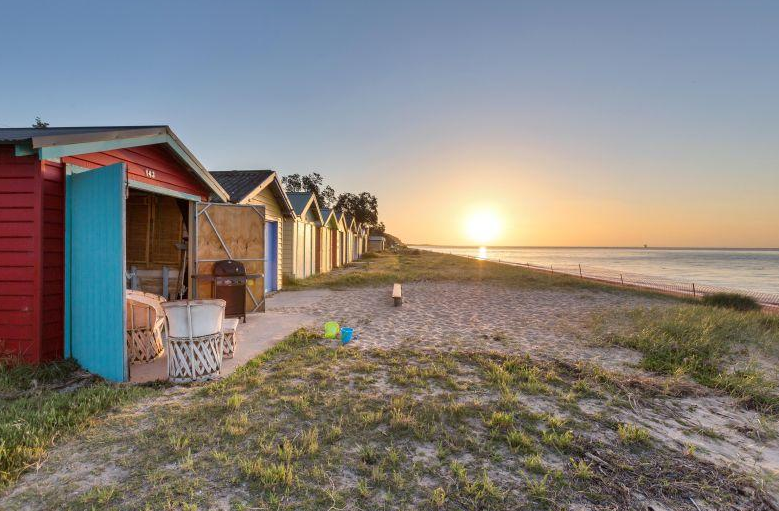 Having been going to Dromana since we were kids, I can still remember the days where we would pack the car and the family would drive up for Christmas. We would spend the summer there and return back to Melbourne a few days before school began. Our days would be spent at the beach and the evenings would consist the family dinner.
At that stage, we had around 4 families in the one house that was owned by my grandmother. We were a family of 5, my cousin had 4, another cousin was 2 plus others. While cramped, it was fun. At that time the roads were not made. After spending the day at the beach, we would ride our bikes around.

Dromana consisted of a few shops. The local milk bar serviced the family for basic milk and bread. There was a small supermarket closer to the pier and your basic, baker, butcher and fruit shop. If we had to do a big shop it would be off to Rosebud.

As time goes by, things change and development occurs. Dromana has come a long way since I was a kid. While still relatively small when you compare to Rosebud, Rye and Sorrento, the amenity and the choice for shopping and food has dramatically improved. With the recent introduction of the IGA store, with its assort of bread, meat, cheese and other Mediterranean delicacies our shopping is covered. There is now a good selection of coffee shops and restaurants to choose from also. Food ranges from Italian, Greek, Spanish, Chinese, and Thai to name a few. You also have the Dromana hotel that serves up great pub food.

At the foothills of Arthur Seat, Dromana is positioned close to wineries and other major attractions of the Mornington Peninsula. The Arthur Seat chairlift has had a major overhaul and is now a major tourist attraction.