Perched in the middle of the Mediterranean Sea, the country of Malta is a stunning little archipelago that sits neatly, just south of Sicily and just shy of Tunisia to the north. This nation of islands is one gorgeous place you should visit, especially for its UNESCO World Heritage Sites, Stunning fishing villages and natural vistas.

The Maltese Islands have been described as one big open-air museum. What makes them unique is that so much of their past is visible today. Delve into the Islands' mysterious prehistory, retrace the footsteps of St. Paul or see where the Knights of St. John defended Christendom.

Malta is holidaying as the mood takes you. And with near year-round sun, you can indulge in outdoor living at its best.

In just 48 hours and a kilometre or two, you can try a new sport, laze on an island cruise and tour the most important historic sites, and still have time to join in the nightlife. That’s the real advantage of a stay here.

The Islands offer plenty of specialist holidays for those seeking to learn a new skill, discover history or get fit. If you’re interested in sports, we cater as much for the seasoned enthusiast as the casual first-timer. Malta has wellness and spa facilities at the luxury hotels and club resorts.  Sea and land lend themselves to activities from rock-climbing to gentle rambling.

For a tempo and scene change from Malta itself, hop to the sister islands of Gozo and Comino. Here, you'll holiday within a holiday and at the most relaxed of Mediterranean paces.

Let’s start this list of the best things to do in Malta with Valletta, the capital. Walk around this lovely city and look at the beautiful architecture, historical museums and amazing views over the sea and neighbor cities.

The Saint John’s Co-Cathedral might not look very interesting from the outside, but wait until you see what’s inside! It’s full of gold and magnificent paintings from Caravaggio. Below the marbled floor lay the tombs of the Grand Masters of the Order of Malta and other nobles. Close to 400 of them are buried there, it’s a must see for history lovers in Malta!

Grandmaster’s Palace was once their home. While the Supreme Council Hall and the Ambassador’s Room are worth the visit, the most impressive room is for sure the armory. It houses a collection of more than 5,000 armors and weapons, once belonging to the knights and grand masters. Republic Street and Merchant Street are the main commercial streets in Valletta, with numerous stores and restaurants.

From Valletta, you can easily reach the Three Cities. Go to Upper Barrakka Garden and take the panoramic elevator (Barrakka Lift) to go downstairs. Then, cross the street and continue to the left to reach the boat departure point. Tickets are sold inside the boat. Round trip tickets are 2.80€ per person and it’s a 10min trip.

It will drop you off in the city of Birgu, the biggest of the 3 cities (the 2 others are Senglea and Cospicua). They all have their unique features but they do have one thing in common; the views over Valletta. The best way to explore the 3 cities is just to wander around on foot! Birgu points of interest include Fort St. Angelo, the Inquisitor’s Palace and the Malta Maritime Museum. In Senglea, go to the Safe Haven Gardens at the edge of the city; it has one of the best view over Vallett 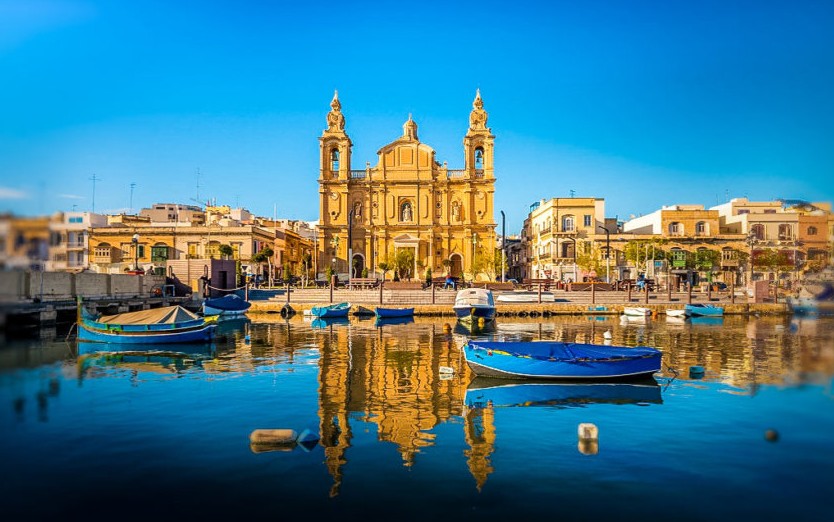 Mdina is the former capital of Malta. During the Middle-Ages (before the Order of Malta), the government and other administrations were located there. It was called “Citta Notabile”, the noble city. When the Order arrived, knights decided that they needed to be close to their ships and Valletta became the new capital.

Also called “the Silent City”, Mdina is a fortified city loved by tourists for its charm and quiet streets. The city is home to many historical monuments: St. Paul’s Cathedral (the oldest cathedral in Malta) and its museum the 18th century Vilhena Palace other palaces on Villegaignon Street, such as the Palazzo Falson. After exploring the city, you can go down to see the old moat which have been turned into a garden. From there you’ll be able to see the impressive ramparts from the bottom.

Sliema and St Julian’s are the main touristic cities in Malta. You’ll find there plenty of hotels, restaurants, clubs, casinos and shopping malls. They are perfect destinations if you like busy cities and to party. If you enjoy quiet places however, that might not be the best places for you to go.

In Sliema, you can enjoy a good meal in the numerous seafront restaurants offering unique views over Valletta. There is also a nice promenade going from St Julian’s to Sliema and even Valletta along the sea. It’s probably the most crowded area of the island, especially during summer nights.

Close to Marsaxlokk, St Peter’s Pool is another must-see attraction in Malta. Dug by erosion, this natural pool is a great swimming spot.

Kids in particular love this beach, they challenge themselves to jump from the small cliff rather than actually swim. In fact, the only ways to get in the water is by jumping or using ladders. Please also note that there is very limited shaded areas, so it might not be a good place to go with young children. 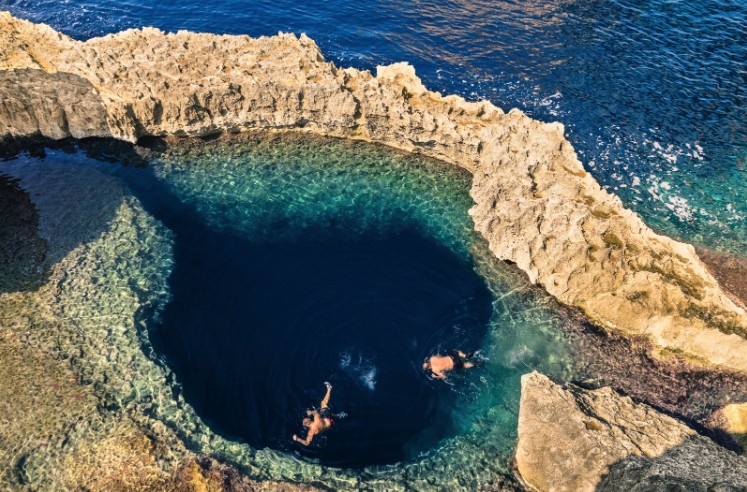 If you keep walking past St Peter’s Pool to the right, you’ll get to a flatter area with more natural pools carved into the rocks. Another great spot to take a dip.